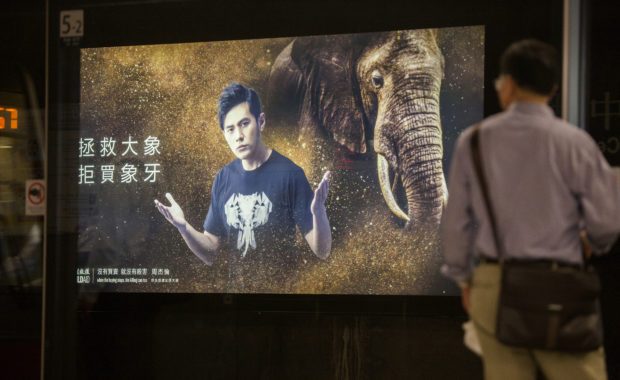 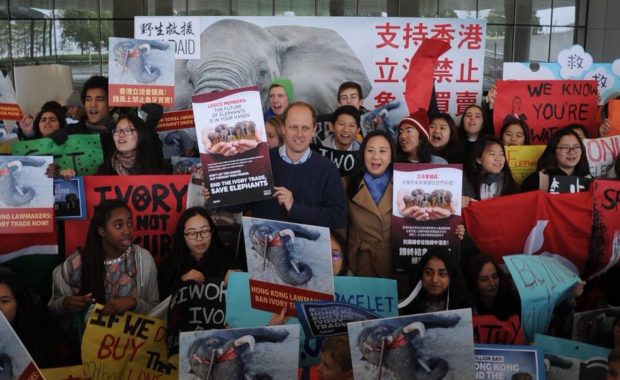 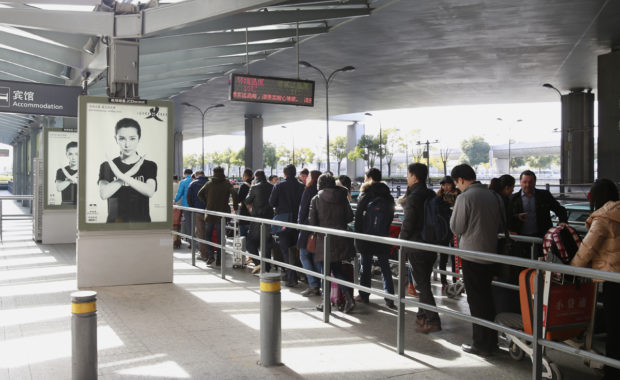 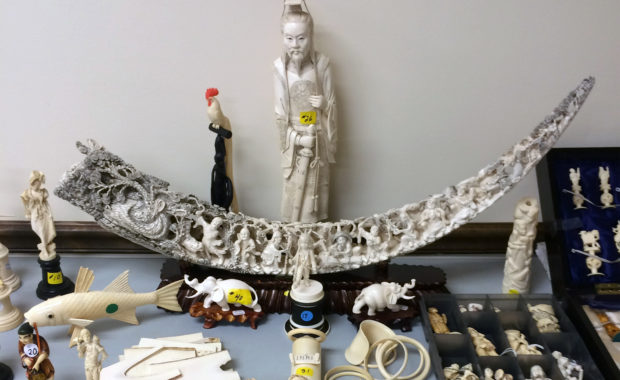 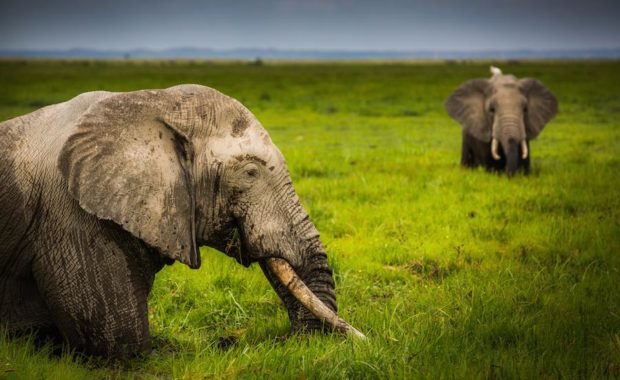 Billboard promoting the WildAid documentary "The End of The Wild" starring Yao Ming. 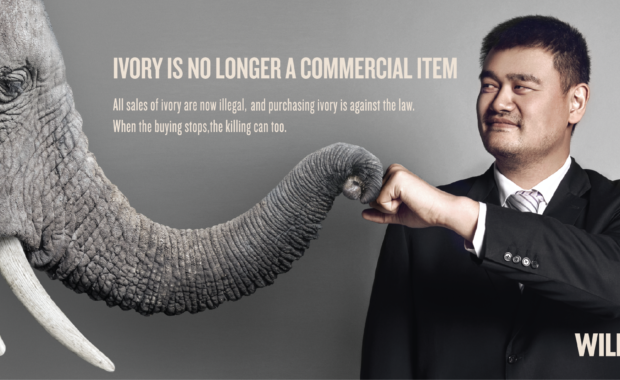 Up to 33,000 elephants a year have been killed for their tusks

Every day across Africa, poachers kill elephants to meet demand for ivory products in Asia, the U.S. and other markets. WildAid’s efforts to reduce consumer demand and end the ivory trade will help stop the massacre for good. Our campaigns raise awareness of the elephant poaching crisis, support lawmakers in banning ivory sales, and measurably reduce demand for ivory in Thailand, China, Japan and the U.S.

On December 31, 2017, China, once the world’s largest ivory market, banned all domestic ivory sales. WildAid was instrumental in supporting the government in this historic action, the greatest single step in safeguarding the future of the African elephant. We continue our efforts to support a ban on ivory sales in Japan and Vietnam.

In 2012, WildAid launched a massive campaign to reduce ivory demand in China in partnership with Save the Elephants and the African Wildlife Foundation. Since then, public awareness of the crisis has grown rapidly. Our surveys showed a 50% increase from 2012 to 2014 in the number of Chinese who believe that elephant poaching is a major problem. The surveys also revealed that 95% of the public supports government action to end the ivory trade. According to traders, wholesale ivory prices in China and Hong Kong SAR dropped 57-78% in 2016 from the 2014 high of $2,100 per kilo.