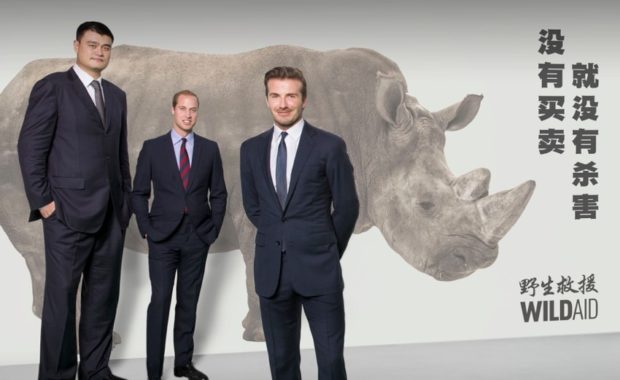 His Royal Highness Prince William, Duke of Cambridge, is second in the line of succession to the British throne, after his father Charles, Prince of Wales. Prince William served as a search and rescue pilot in the Royal Air Force. As a humanitarian and environmental activist, Prince William is a patron of The Royal Marsden Hospital, Mountain Rescue England and Wales, and the Tusk Trust; the latter a charity that works to conserve wildlife, stimulate community development, and provide education across Africa. Prince William has collaborated with WildAid to issue campaigns promoting rhino, shark, and elephant conservation.