Shark fin soup has been a tradition at Chinese festive celebrations and wedding banquets, but growing demand of shark fin soup is pushing sharks to extinction and disrupting the balance of our oceans. Without sharks, the entire ocean ecosystem could be altered, negatively impacting humans and ocean dwellers alike.

According to the World Wildlife Fund (WWF), a quarter of sharks and rays are facing extinction in the coming years. Today, 100 million sharks are killed annually around the world, driven by demand for their fins and meat. Hong Kong, China, Malaysia, Singapore and Taiwan are the top importers of shark fins globally. The fins are supplied by Indonesia, Spain, India, the United States and Argentina, which account for almost half of all shark landings in the world.

Nevertheless, Singaporeans are increasingly aware of this grave problem, and according to a recent survey by WWF, nine out of ten people in the island state care about sharks going extinct, while eight out of ten have stopped consuming shark fin over the past year. Despite this, there is still a significant group of people who believe sharks can be grown in fisheries. Many fisheries across the world have tried this but to-date, only one has been able to farm one species: the spiny dogfish. All sharks sold in Singapore today are caught in the wild.

Furthermore, some countries have regulations that only allow shark fishing if the whole animal is brought to land. Yet, this does not make the practice sustainable.

Thanks to the growing awareness of the impact sharks’ extinction could have on our environment, the #NoSharkFin movement is gaining momentum around the world and particularly in Singapore. And as the island celebrates the Lunar New Year, businesses across the country are taking action against serving shark products.

Last week, 89 Singapore-based establishments committed to phasing out shark fin in 2018. These include brands such as Crystal Jade, Pan Pacific Hotels, AccorHotels and Foodpanda, whose policy applies across its 3,800 partner restaurants.

Chinese restaurant group, Crystal Jade Culinary Holdings, has committed to removing shark fin dishes from the Chinese New Year set menus across all restaurants in Singapore under its portfolio. From 31 July 2018, shark fin will no longer feature on the menus of its 28 restaurants. “Seafood remains a prominent part of Chinese cuisine. This decision to phase out shark fin, a long-established traditional dish, is our first step towards protecting oceans and seafood supplies as a socially-responsible business. We will continue to offer premium alternatives in place of shark fin,” said Cynthia Yee, Senior Vice President, Marcom, Crystal Jade Culinary Holdings. The company is confident that the move will improve customers’ perceptions and lead them to patronize its restaurants more often.

The Pan Pacific Hotels Group, which is headquartered in Singapore, has stopped serving shark fin across its 34 properties and 7 restaurants around the world as of 1 January 2018. F&B delivery service, Foodpanda will also remove shark-related dishes from the menus of the restaurants listed on its platform starting 5 March 2018. Its head of marketing and sustainability lead Laura Kantor said that currently, just 93 out of 3,800 restaurants on the platform serve shark fin and less than 1% of total orders include shark fin.

This move signals a collective effort by the F&B industry to address the serious threat that shark fishing poses. “As sustainable options do not exist for sharks, halting consumer demand is the only solution today.” said Elaine Tan, Chief Executive Officer of WWF Singapore.

Environmental issues related to consumption of shark meat and fins are not new among consumers in Singapore and abroad. Over the last five years, about 18,000 hotels worldwide have removed and banned shark’s fin from their menus. 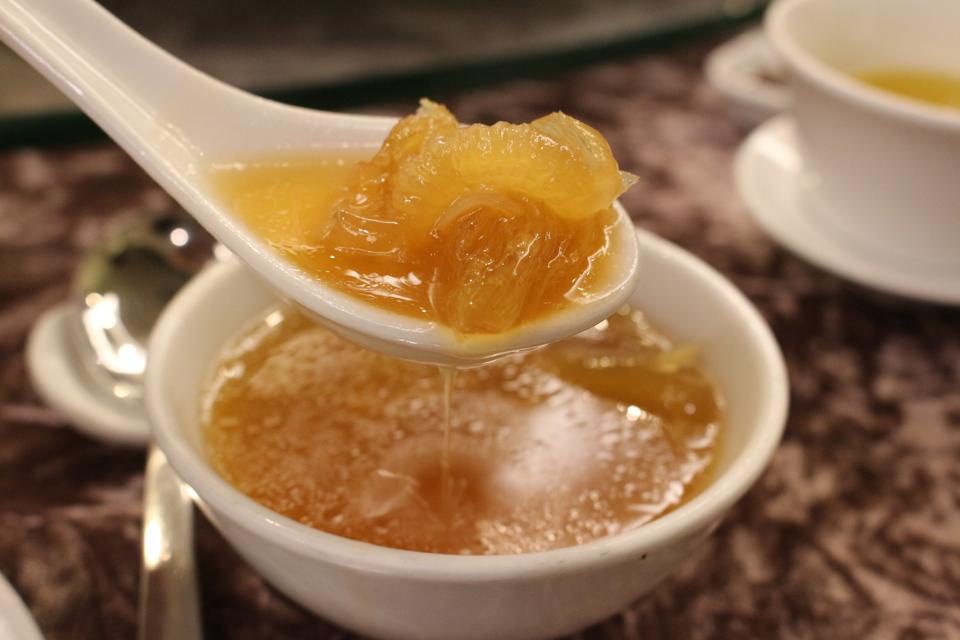 Consumption of shark fin soup in China has fallen by around 80% since 2011, thanks to a celebrity-driven public awareness campaign and a government crackdown on extravagant banquets. But the good news is offset by an alarming rise in the consumption of this prestige dish in places like Thailand, Vietnam, Indonesia and Macao, according to a new report by WildAid, a San Francisco-based group that campaigns to curb demand for wildlife products.