China Bans Ivory: Why 2018 Is The Year Of The Elephant

2018 should be a better year for the African elephant, ending a decade of merciless poaching for their ivory tusks. Ten years ago, legal trade in elephant ivory resumed in China and as the economy boomed, poaching climbed from a few thousand elephants a year to 33,000 – one every 15 minutes. The reversal of that decision is likely to be the greatest single step toward reducing elephant poaching.

The history of the ivory trade has shown that rather than replace illegal trade, “regulated trade” enables vast laundering of poached ivory into retail circles, and open promotion greatly increases the market. Despite years of government effort to perfect a theoretically watertight system, traders were easily able to pass off ivory stolen from Africa as legitimate using paperwork provided by naïve or, in some cases, corrupt officials.

As soon as the ban was announced by Chinese President Xi Jinping in 2015 it had an impact. It signaled an end to ivory as a durable investment commodity, and as you would no longer be able to resell it, prices started to tumble. From a high of $2,100 a kilo for raw ivory, the bubble chain burst down to around $500 a kilo. As the ban approached, many sellers were heavily discounting further to try to sell off their stocks. It has already led to an 80% decline in seizures of ivory entering China. 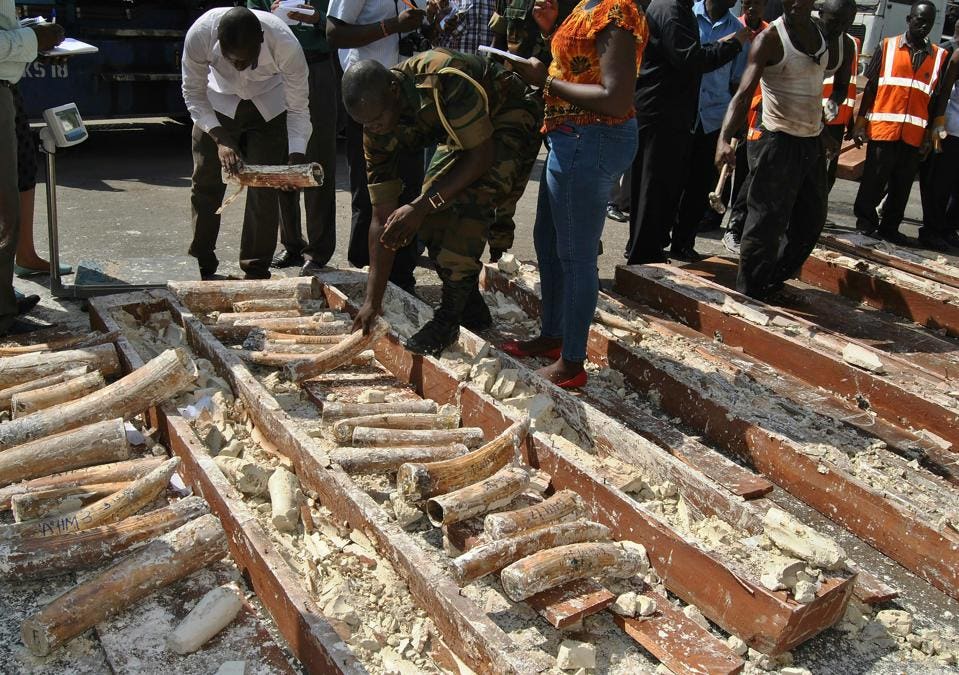 At a time when the United States is dropping any semblance of environmental leadership, it is vital that China steps into the void.Led by China, the United Nations has unanimously called for domestic ivory sales bans globally, with Japan as the only major consuming nation yet unwilling to join in. Officials there believe their very leaky system prevents laundering. Yet in practice, once ivory is worked (or even a tusk cut in half) it is no longer regulated. The United States has already implemented its ivory sales ban.

In Hong Kong, a final vote in the city’s Legislative Council is expected in early 2018. Taiwan will soon announce a ban on domestic ivory sales starting in 2020. Singapore is considering a full ban. Thailand has enacted strong regulations to control the ivory trade over the past two years and has also seen a 58% decrease in sales of registered ivory items compared to mid-2016. 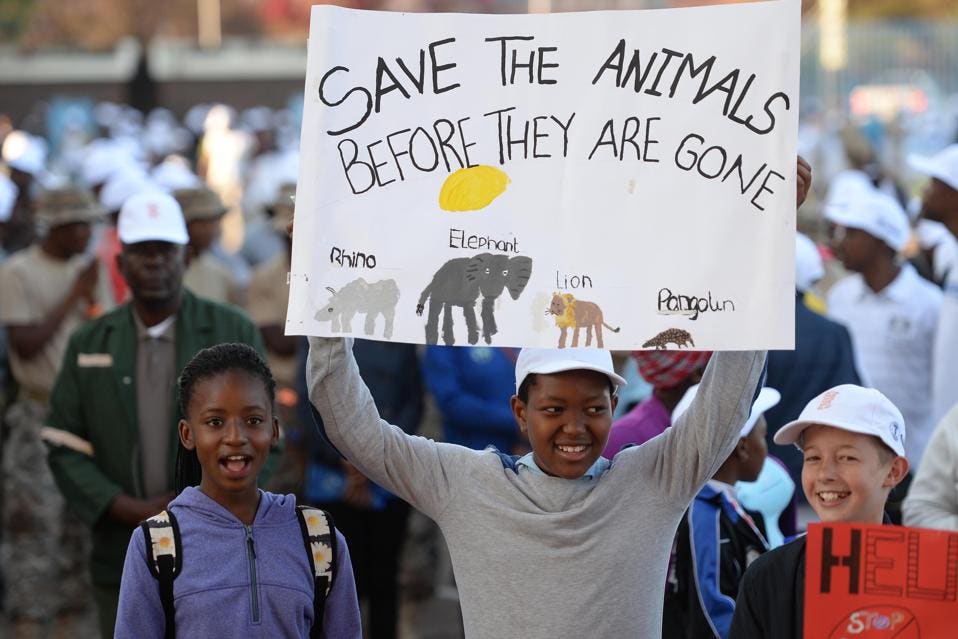 A child holds a placard as he takes part in a march to create awareness on protecting wildlife and nature as part of the Global March for Elephant, Rhinos and Lions (MONIRUL BHUIYAN/AFP/Getty Images)

No new purchases of ivory have been reported by licensed ivory sellers in Bangkok in the past two years. Vietnam is also strengthening its laws on wildlife products with heavier fines and penalties, including imprisonment of up to 15 years. Since October 2016, law enforcement agencies there have seized multiple shipments of ivory amounting to around 12 tons.

Legislation is important, but so is reducing the underlying demand for ivory. In 2012, former NBA star Yao Ming and WildAid produced the first documentary on ivory poaching to air nationally on China’s state broadcast network, CCTV. Additionally, Yao launched one of the largest ever public awareness campaigns. Chinese public and private media donated more than US$180 million in media space during 2013-2016.

Many Chinese celebrities joined, including Li Bingbing, Jay Chou, Lang Lang and Jiang Wen. International icons Prince William, David Beckham, Lupita Nyong’o, Maggie Q, Sir Richard Branson, Edward Norton and many others also participated in the campaign. As a result, a 2017 survey showed a 70% increase in knowledge that ivory comes from poached elephants over the past five years, and 95% of those surveyed supported a ban.

Cracking down on illegal trade

All of China’s 172 ivory carving factories and retail outlets were closed down at the end of December. Some are skeptical that China will enforce the ban, but since 2014 when a message was sent with the public destruction of seven tons of seized ivory, Chinese customs officials have been far more aggressive on intercepted smuggled ivory. Additionally, Chinese authorities are utilizing more intelligence-based investigations to address the illegal wildlife trade, rather than opportunistic seizures at borders. 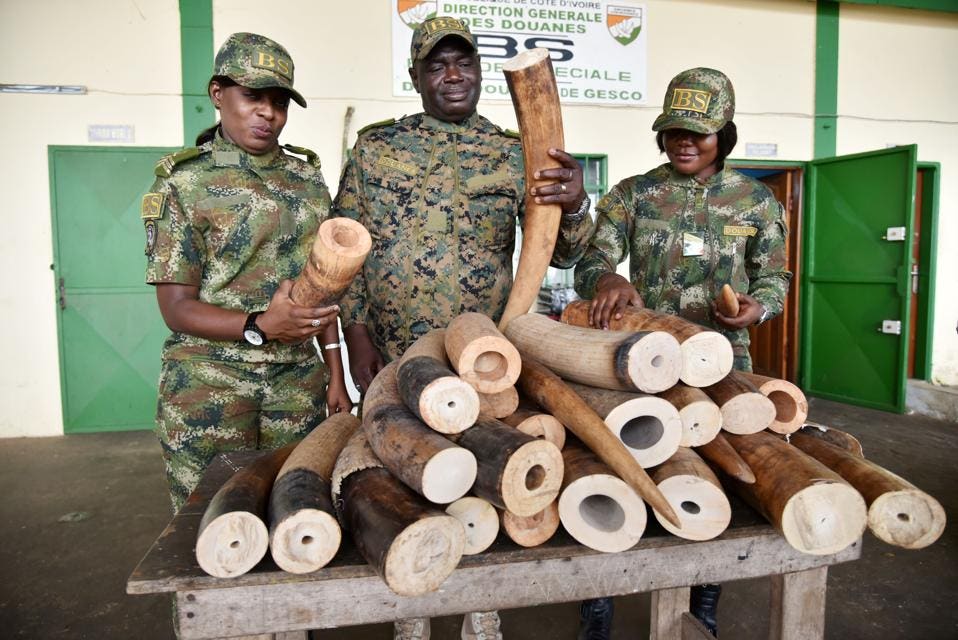 Year of the elephant

With China’s ban, an end to the ivory trade is in sight for the first time in history. This brutal trade has reduced elephants from over 10 million to around 400,000, and was closely bound with slavery in colonial times. Since, it has funded civil wars and groups, like Joseph Kony’s Lord’s Resistance Army, and has fueled corruption and undermined Africa’s tourism industry.  Let’s make 2018 the Year of the Elephant and consign ivory trade to the trashcan of history.